Carpentersville Public Works Director Bob Cole had “no comment” to his alleged actions at last Tuesday night, prior and after of the Village Board Meeting.

After the Village Board Meeting, both King Sarto and Public Works Director Bob Cole walked out together to King Sarto’s vehicle. Then, which many of us find quite queer, Mr. Cole decided to take the subpoena that was served to Mr. Sarto [which he refused to accept and the process server left the subpoena under his wiperblade on the windshield] and took the subpoena with him, with out giving it to Mr. Sarto. Hmmmmm, where that subpoena went, is the REAL MYSTERY!

Did King Sarto ordered Public Works Director Bob Cole to take that subpoena and hide and/or destroy it?

I’m sure both Bob Cole and Bill Sarto will get their stories straighten out by the end of the holiday.

But, can we blame Public Works Director Bob Cole of being a personal maid to King Sarto? After all, King Sarto has already purchased a over-priced piece of property, so he can build a overpriced Public Works Building on the old Tamarac property. 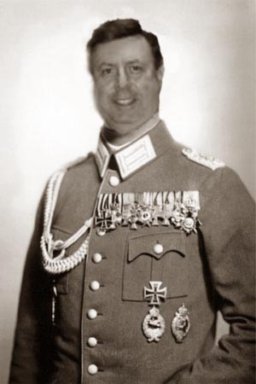 Is this a new conspiracy, which now includes staff? Shall we call it the new…WATERGATE? This should be a appropriate name, since our village wants to raise our water bills, faster than the rate of inflation. But, if you think that our tax rate is going through the roof, just wait and see how fast our tax rate will go up, when Public Works Director Bob Cole gets his shiny new multi-million dollar Public Works Building to make life easier for his employees. Who knows, King Sarto might throw in a new ICEMAKER MACHINE for the shiny new building. After all, some of us remember the ICEMAKER MACHINE fiasco, during the Boettger regime.

So Bob, what happened with the subpoena, did it land on your desk, garbage can or back on Sarto’s desk?

Tagged as Village Board elections 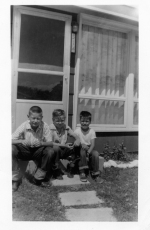 This is how we looked in 1958.  When we needed to go places we got up and walked, when we needed to play we found things to do.  There was no bus to church or to the shopping center.  There were repaired bikes and walking.  Sort of a 1986 “Stand by Me” http://www.imdb.com/title/tt0092005/ mentality.  We put in our own grass got trees from a golf course being rooted up and made our stepping stones into patterns  for sidewalks.  We know all of our neighbors and they knew us.
We all trusted each other.  I do not think our house or my friends houses were ever locked.
I lost my house key while at recess at Sunnyhill school ( http://sh.cusd220.lake.k12.il.us/ )and my mother never knew it for weeks when she wanted to borrow it.  Never did find the key.  I think it was lost on the hill.

November 1956 the builder gave us a house to live in on Helm road because our house was not ready yet.  We had moved a long way from southern Illinois just so we could own our own home in Meadowdale. (http://en.wikipedia.org/wiki/Carpentersville,_Illinois)
My mother and father were proud of there new home purchase and we went often to look at a field where the house would be.
One day we stopped on Helm road by the weeping willow tree, just east and up from lilac lane.  My parents were very excited.  Roads had been graded and foundations were poured.  My parents agreed at the same time they did not see the big trucks the houses were to arrive in.
We spent Thanksgiving and Christmas in the loaned house on Helm road.  Actually went spent Thanksgiving back at home with my Grandmother and much to my dismay we spent Christmas in the loaned house.  You see I never wanted to leave southern Illinois and I did not see the need for it.
I hated the temporary house, hated Sunny hill school and wanted to go back as fast as I could.  Seven year olds however do not get to make the decisions.
January came and up the hill we drove.  We could not drive down the street where our lot was yet, but the trucks were lined up and down from one end to another.  Mom and Dad rejoiced as my father said” it would only be a matter of weeks now” , the builder had told my mother and father that once the trucks arrived that the homes could be built in seven days.
The snows came and flew.  Several trips to the models on the Southwest corner of Hazard road and Route 25 and low and behold the house was up and ready to move in.  There was no natural gas so we had to use these big propane tanks for the rest of the winter.
We were in